Turbidimeters are used to measure the relative clarity of a fluid by measuring the amount of light scattered by particles suspended in a fluid sample. Pictured below are a laboratory and portable turbidimeter. 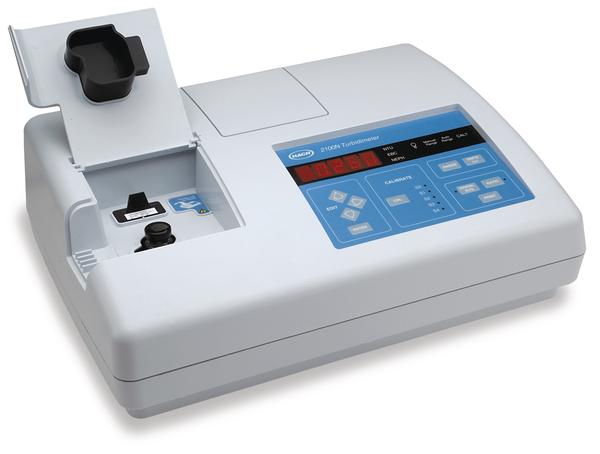 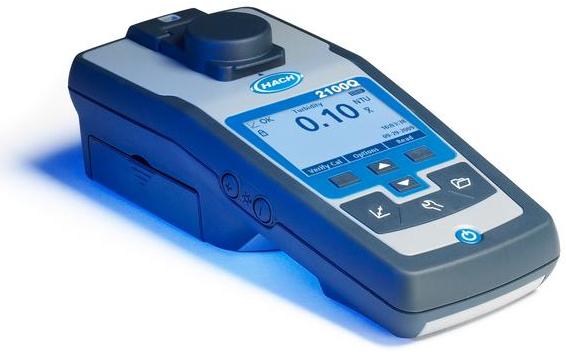 Suspended solids obstruct the transmittance of light through fluids. The turbidity of a sample may be due to a single chemical substance or a combination of several. A turbidimeter measures this obstruction to determine the haziness, or intensity of light, in a sample, in nephelometric turbidity units (NTU). A cloudy solution has a high haziness value, while a relatively clear solution has a low value.

Note that while tubidimeters measure the effect of particles on the clarity of a fluid, they cannot be used to determine particle size. 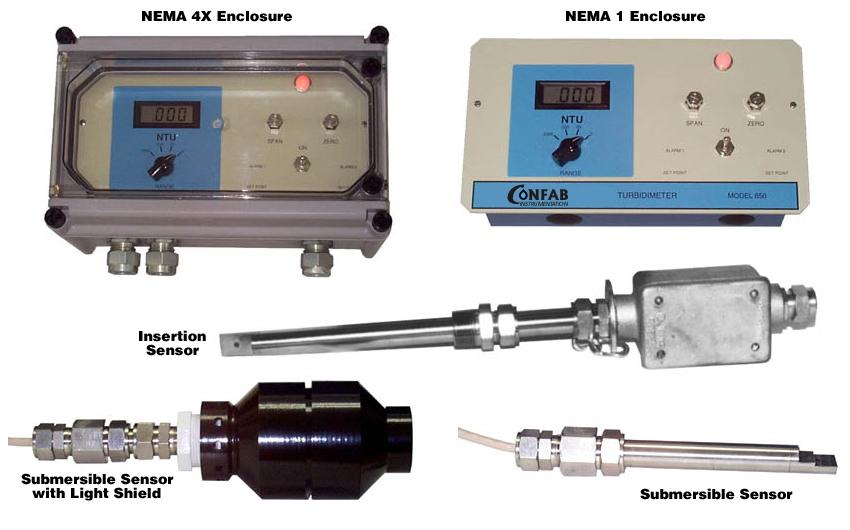 The turbidimeter shown above can be used in any size pipe with the insertion-type sensor, but can also be applied to open channel applications with a submersible sensor.

As seen in the animation, a turbidimeter is composed of a light source , a focusing lens to direct a beam of light through a sample, a photoelectric detector positioned at a 90° angle from the beam to measure the amount of light scattered, and a light trap, to prevent any light already past the sample from being detected and giving faulty readings.

Turbidimeters send beams of light (yellow lines) into a sample (blue) that contains particles (black dots). The particles absorb this light energy and radiate it in all directions. The manner in which the two interact depend on the size, shape, and composition of the particle, the wavelength of the light beam, and the refractive index of the sample. The refractive index of the particle must be different than the suspending fluid. As this difference increases, the scattering becomes more intense. 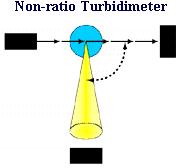 Other designs include Hellige turbidimeters, photoelectric nephelometers, and many others. Parr turbidimeters and jackson candles are seldom used.

A turbidimeter is used in many process applications in the industrial, municipal, pharmaceutical , and pulp/paper industries. Shown here is a scientist demonstrating the use of a turbidimeter to monitor water quality. 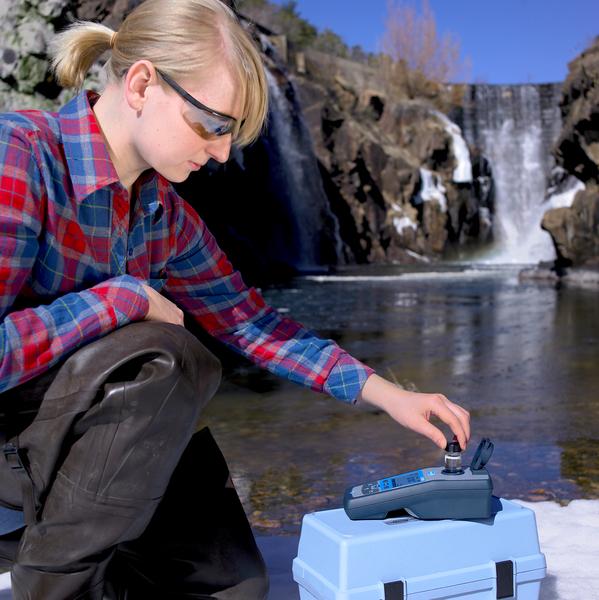 Turbidimeters can be used in the food industry to detect trace contaminants in various fluids. They can monitor the clarity of the mild acids used in the pulp and paper industry, and are used to monitor microbiological cultures in antibiotic production.