Continuous stirred tank reactors ( CSTR ) are the most basic of the continuous reactors used in chemical processes. The CSTR below is a half pipe coil jacketed reactor.

Continuous stirred-tank reactors (CSTRs) are open systems, where material is free to enter or exit the system, that operate on a steady-state basis, where the conditions in the reactor don't change with time. Reactants are continuously introduced into the reactor, while products are continuously removed.

CSTRs are very well mixed, so the contents have relatively uniform properties such as temperature, density, etc. throughout. Also, conditions in the reactor's exit stream are the same as those inside the tank. Pictured below is a CSTR that has yet to be fitted with a stirring system.

Systems connecting several CSTRs are used when the reaction is too slow. Multiple CSTRs can also be used when two immiscible liquids or viscous liquids are present and require a high agitation rate.

The movie below shows the operation of a CSTR. Reactants are fed continuously into the reactor through ports at the top. The contents of the tank are well mixed by the unit's stirring device. Products are removed continuously.

CSTRs consist of a tank, usually of constant volume, and a stirring system to mix reactants together. Feed and exit pipes are present to introduce reactants and remove products. Pictured below is a CSTR that has had a portion of its side removed to show the interior. 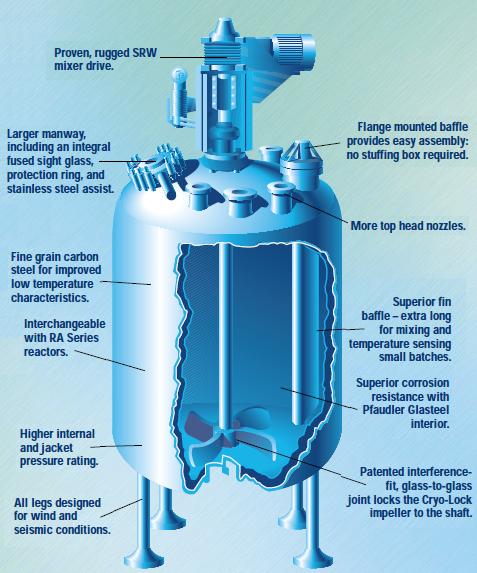 Stirring blades, also called agitators, are used to mix the reactants. Below are pictures of various agitators that could be used inside a CSTR.

A CSTR can also function as a loop reactor when a heated, pressurized fluid is injected into the system to facilitate the stirring. This allows for higher heat and mass transfer rates while simplifying maintenance because there is no agitator.

The picture below is of a cell culture reactor. An initial amount of cells are placed in the fibrous-bed basket. A nutrient rich medium is continuously fed into the reactor, and products are harvested. As the cells grow, they produce by-products, which are continuously removed from the reactor. The reactor below uses a pitched-blade impeller to continuously mix the reactants. 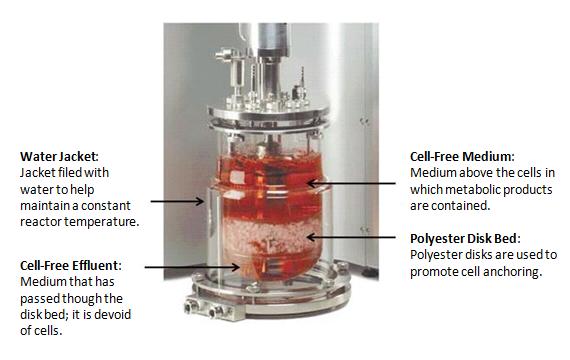 Continuous stirred-tank reactors are most commonly used in industrial processing, primarily in homogeneous liquid-phase flow reactions, where constant agitation is required. They may be used by themselves, in series, or in a battery. CSTRs are also used in the pharmaceutical industry as a loop reactor.

A dimple jacketed pressure vessel is shown in the picture on the left, and a half pipe coil jacket reactor is on the right. 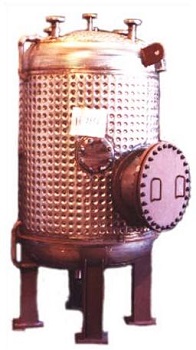 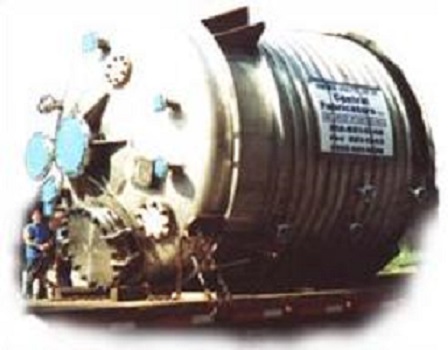 As mentioned earlier, CSTRs are often used in biological processes The CSTR shown below can be used for high-density animal cell culture in research or production. The vessels used are for single use. 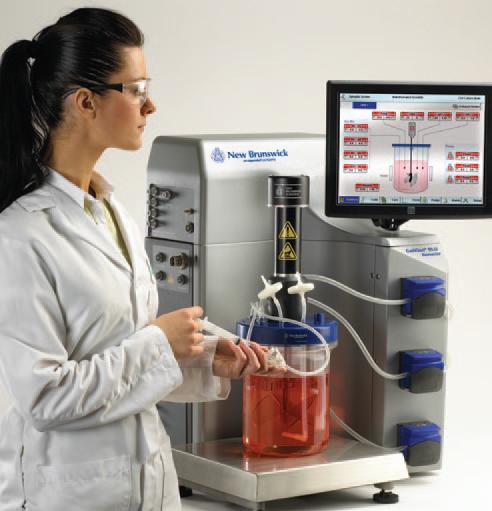 Fermenters are another application of CSTR s that involve the use of a biological catalyst to generate products. In a fermenter, microbes catalyze a reaction that breaks down much larger molecules into smaller molecules such as ethanol, methanol, or other hydrocarbons. Vapor product can be removed from the top of a unit without separation, or liquid product can be removed from the bottom, filtering out and recycling the microbial media.

Fermenters are used in many industries such as brewing, pharmaceuticals, wastewater treatment, and hydrocarbon processing. The pilot-plant fermenter on the left has a 500L capacity, while the production scale fermenter on the right has a 12,000L capacity. You can consult the Bioreactors page for more information on fermenters. 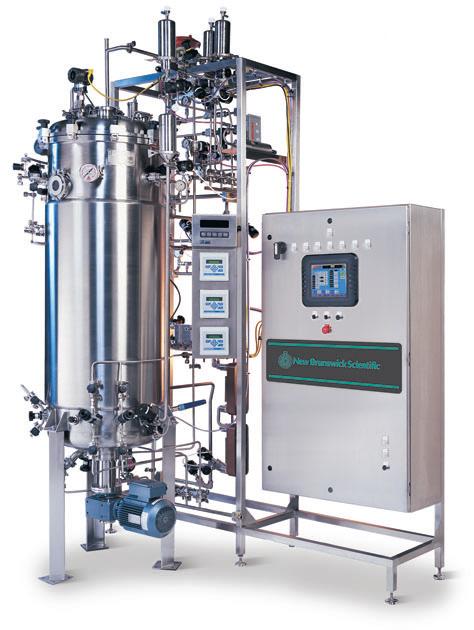 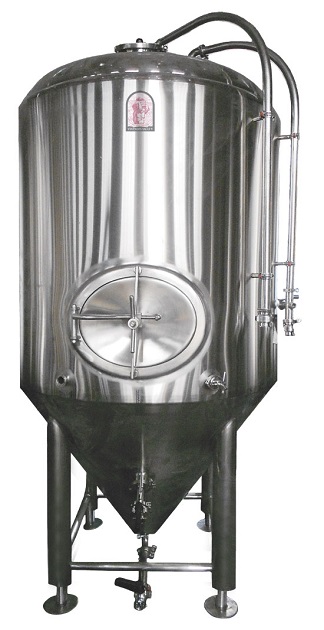