Chemical vapor deposition (CVD) reactors are used in applications that involve the deposition of a layer or layers of a substance onto a surface. The figure below is a 3000x magnification of a cubic diamond coated tool.

Atmospheric Pressure Chemical Vapor Deposition reactors are the most general type of CVD reactors. An APCVD conveyor system is shown below. 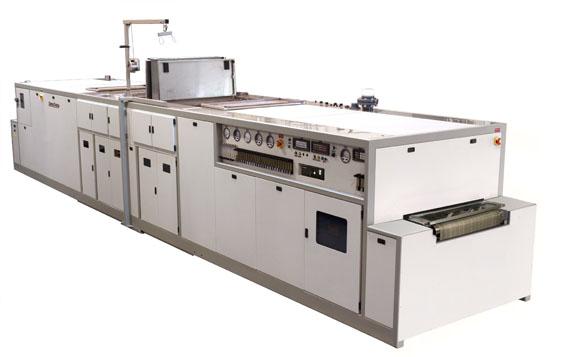 In atmospheric pressure chemical vapor deposition a layer of material several microns (10 -6 m) thick is deposited on a receiving surface. The picture below shows a reaction chamber during the reaction used in semiconductor wafer processing. The uniformity of the deposited layer is crucial to the performance of microelectronic devices. 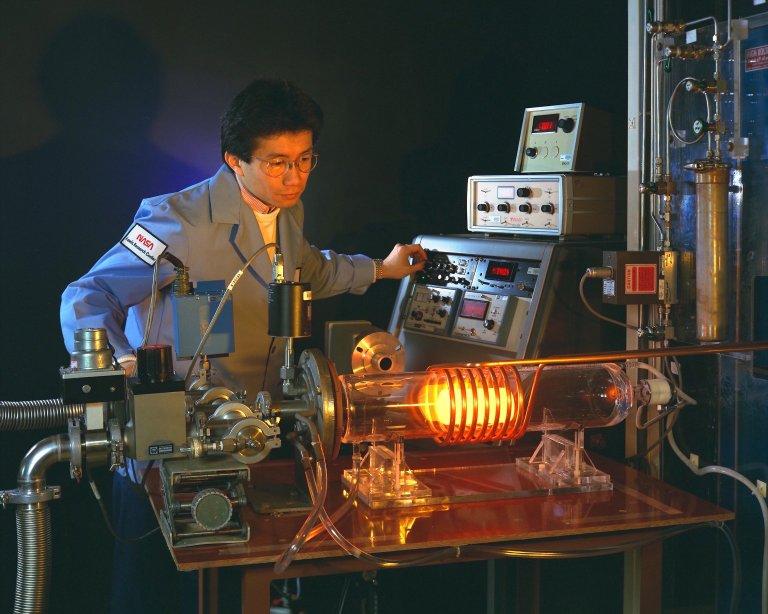 The animation below shows a horizontal cold-wall APCVD reactor used in semiconductor wafer production. The wafers are heated by heating the graphite susceptor through induction via copper coils connected to a radio frequency (RF) source. The gas containing the material to be deposited flows over the wafers and the reaction takes place, forming a micron-thick product layer. The susceptor is tilted so as to reduce downstream depletion .

This animation below shows the operation of a vertical-flow cold wall APCVD reactor. The wafers are heated by an RF coil beneath the graphite holder. Instead of having the gas flow horizontally over the wafers, as in the previous design, the gas flows from below and is sent above the wafers, then falls onto the reaction site. The rotating holder results in a much more uniform deposited layer than if it were stationary.

The true advantage to the vertical gas flow design is the continuous supply of fresh reactant gas, which all but eliminates the problem of downstream depletion. Due to its wafer load capability, this design is often used in laboratories or small fabrication lines.

The diagram below shows the flow of wafers and process gas within a horizontal conveyor. 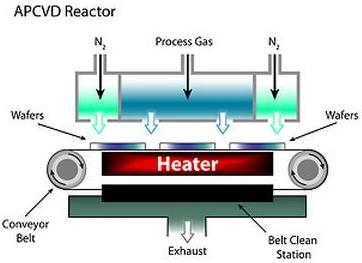 The number of objects, or load, that a reactor can handle adds another element to reactor design. The two reactors shown below are used in semiconductor wafer production. The picture on the left shows a common vertical barrel design, in which the wafers are placed on ledges within the barrel. In the picture to the right wafers are stacked inside a quartz boat within a horizontal reactor.

APCVD reactors are commonly used in the microelectronics industry, where they are used to apply thin layers of semiconductor materials, such as silicon (Si) and gallium arsenide (GaAs). The picture below shows Si wafer-based solar panels that convert sunlight into electricity. 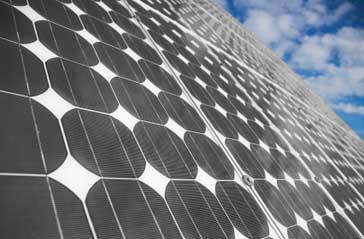 APCVD reactors are used for surface coating in applications including reinforcement, abrasives, thermal insulation, anti-corrosives, electrical shielding and optical reflection. The tools shown below have been coated with CVD diamond coating technologies. 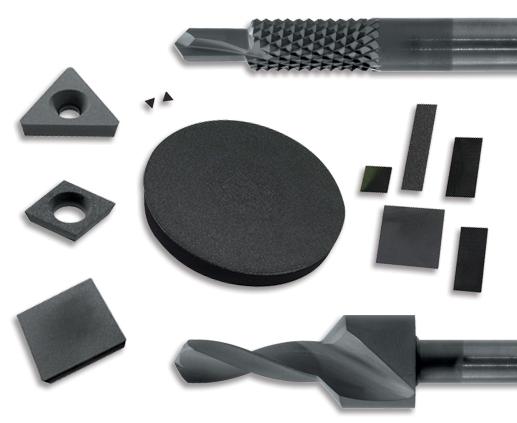 Below on the left is a coating system that applies energy saving films to large glass panels. These glass panels are called low-emissivity (Low-E) windows and reduce the infrared radiation from the inside window pane to the outside window pane, reducing energy loss by as much as 30%–50%. Installed Low-E windows are shown on the right. 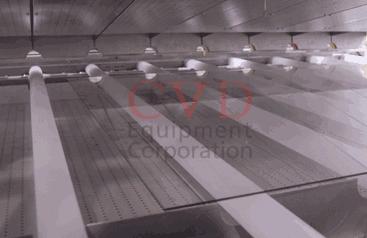 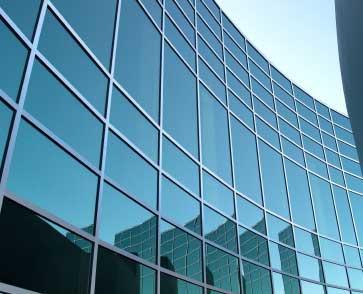 Low Pressure Chemical Vapor Deposition reactors are similar to APCVD reactors, but operate under a vacuum. The LPCVD system shown below is used for the growth of graphene, oxides, nitrides, polysilicon, silicon, and other coating materials. 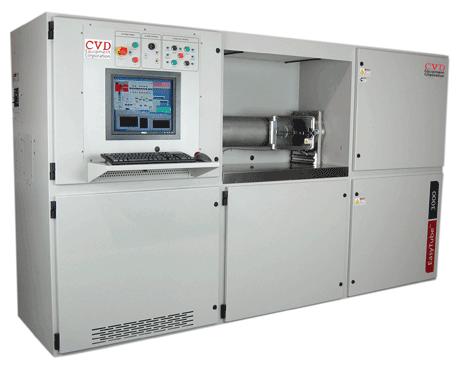 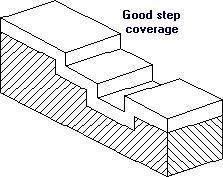 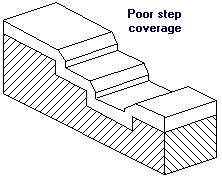 The LPCVD reactor shown below can hold many wafers and can be configured to load wafers vertically or horizontally. The typical operating pressure for an LPCVD reactor is 0.1 to 2 torr. 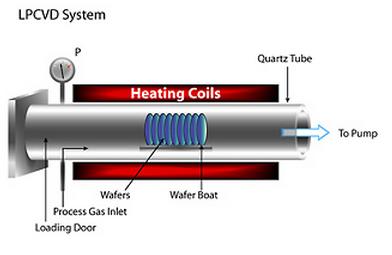 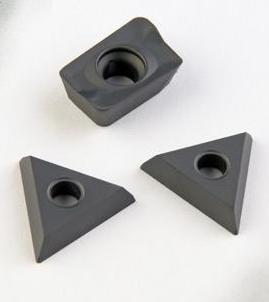 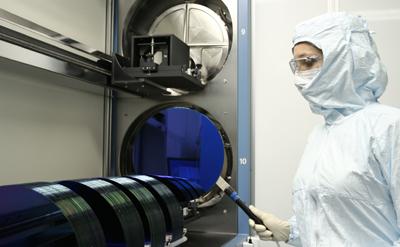 Plasma-Enhanced Chemical Vapor Deposition (PECVD) reactors use a radio frequency (RF) power to create a plasma field in the deposition gas. The reaction chamber is in a vacuum and at temperatures 200°C lower than other CVD reactors. 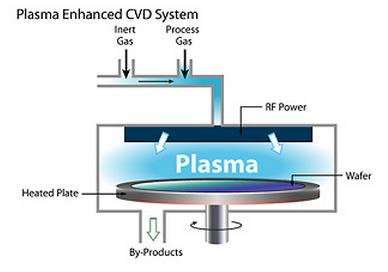 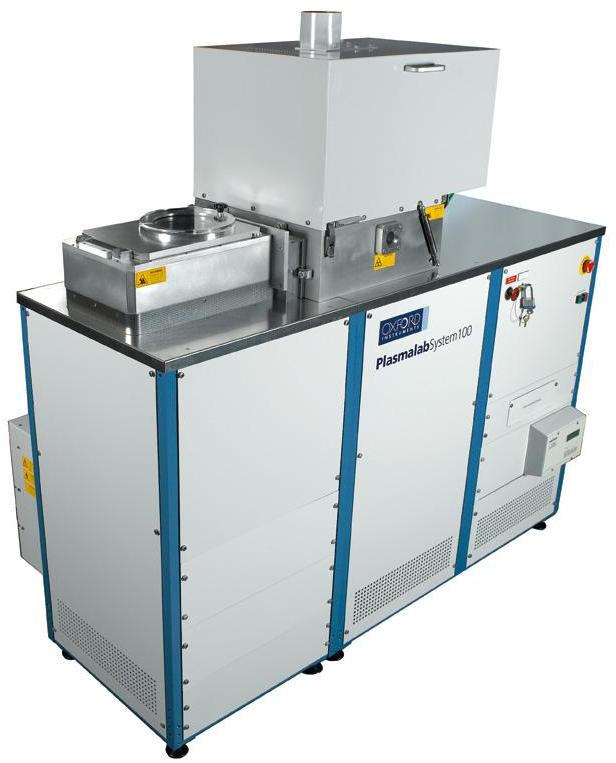 PECVD reactors are used in the microelectronics industry for applications requiring precise tolerances. 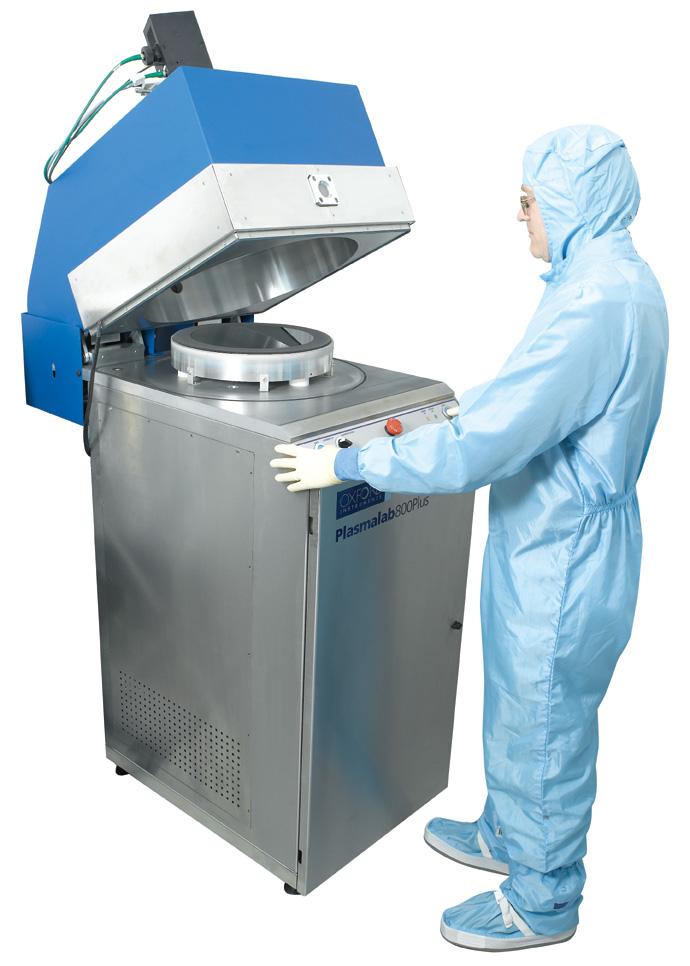 Atomic layer deposition (ALD) is a variant of CVD used for depositing thin films one atomic layer at a time. The films produced using ALD technology are highly uniform and the process can be thermal or plasma-enhanced. The ALD system shown below can support both thermal and plasma deposition. 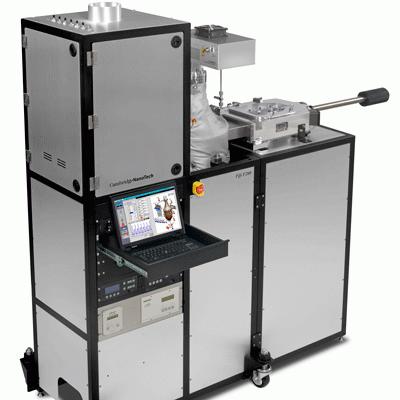 The ALD process alternates between pulsing of reactant gas, which is referred to as precursor gas, and purging of unreacted gas and reaction by-products. The steps are illustrated in the diagram and described below.

Shown below is a diagram of an ALD process chamber. The precursor enters at one end of the chamber where the molecules adsorb onto the surface substrate that is surrounded by a heater. The operating temperature needs to be selected so the reaction happens in a self-limiting manner. If the temperature is set too high or too low, the precursor can decompose or not be reactive enough. 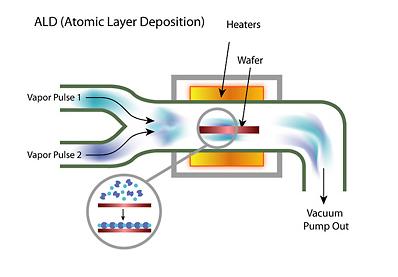 Process chambers are shown in the pictures below. The ALD system pictured on the right has multiple chambers, which allow separate and independent reactions to occur simultaneously. 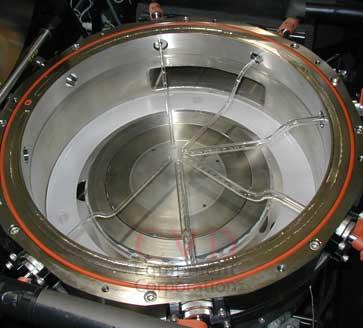 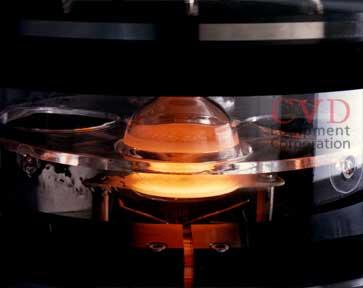 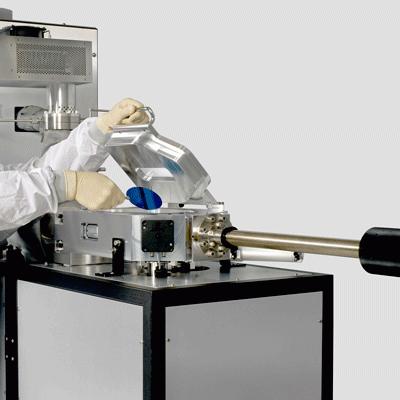