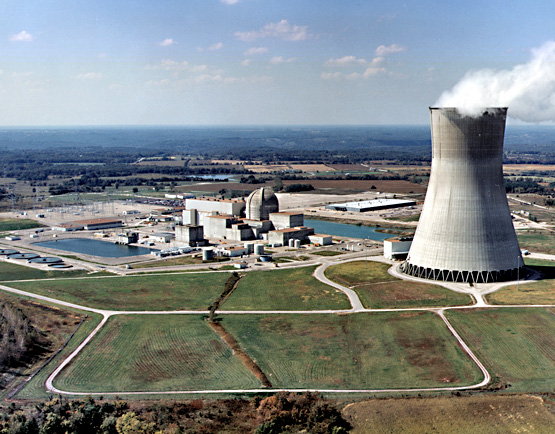 In nuclear power plants electricity is produced through fission instead of by burning fuel. The fission process starts with uranium in the form of ceramic pellets , such as those shown below. These solid pellets contain two isotopes of uranium. U-235 makes up less than 1 percent of natural uranium, but it fissions easily. U-238 makes up the other 99 percent of natural uranium, but fissions very little. The concentration of U-235 is enriched to produce more fissionable uranium in the power plant, but is kept low enough to prevent powerful explosions. 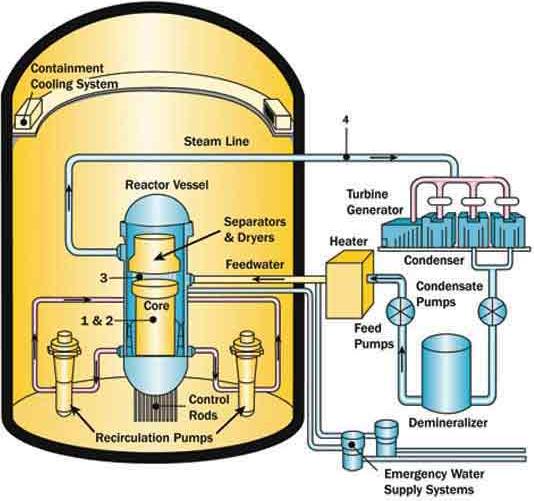 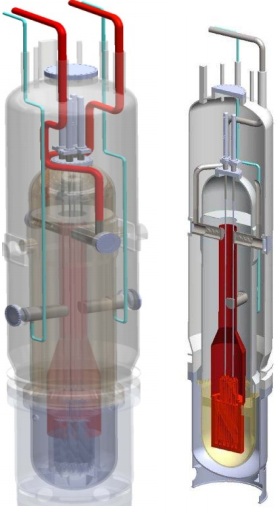 Pressurized water nuclear reactors, or PWRs, are another type of light water reactors, using ordinary water as its coolant. In PWRs, such as the one shown below, the heat generated by splitting uranium atoms is transferred to the water coolant in the core of the reactor. The reactor is kept at a high enough pressure to prevent boiling. The heat is transferred to a second water cycle to produce steam, which then generates power in a turbine. 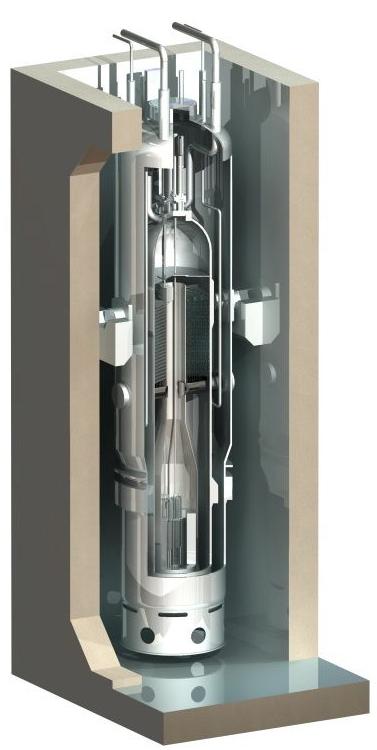 The core of the reactor is immersed in water, and is contained within a cylindrical pressure vessel. A pressurizer keeps the heated water exiting the reactor at a constant high pressure. This water is circulated through heat exchangers. There it transfers the heat to steam in a secondary water circuit, which is maintained at a much lower pressure. The steam from the generators then passes through a turbine, producing power. Afterwards, the steam is changed back to water in a condensor. 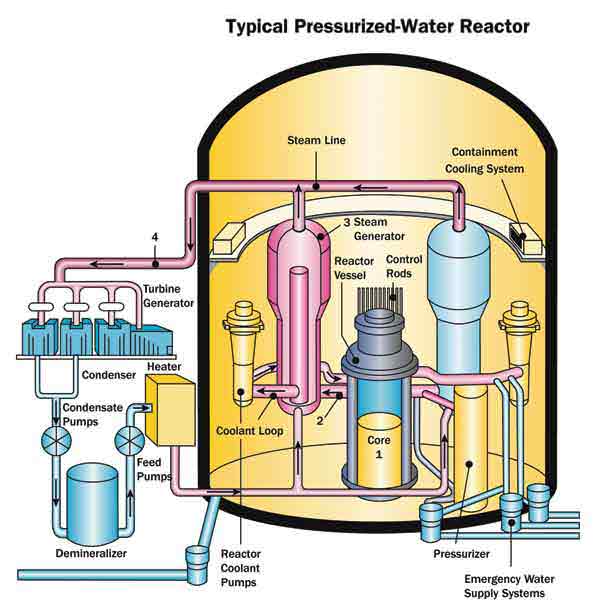 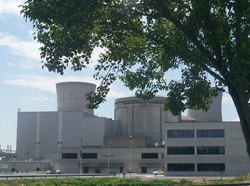 Carbon dioxide coolant removes heat from the reactor core, then travels to a heat exchanger. Water in the secondary circuit picks up this heat, and evaporates to create steam, which can then generate power in a turbine. Carbon dioxide is used as a coolant because it is relatively inexpensive and works well at high-pressures. 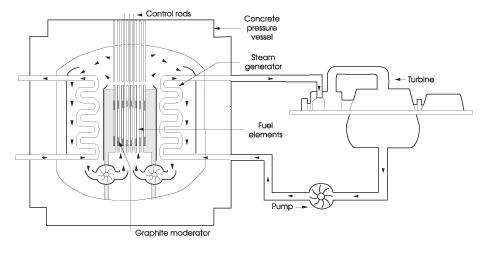 Heavy water reactors use D 2 O as a moderator of the nuclear fission. The deuterated water increases the neutron lifetime in comparison with a light water reactor. The reactor is cooled with heavy or light water, fueled with natural uranium dioxide pellets. The heat from the reaction is used to produce steam, which turns a turbine to generate power.

It is important to be able to shut the reactor down if there is an emergency. As illustrated in the diagram below, there are two independent shut down systems. The first system consists of cadmium rods that are inserted vertically into reactor. These cadmium rods will absorb the neutrons and stop the nuclear reaction. The second system involves the injection of gadolinium nitrate dissolved in heavy water, which also acts as an absorbant for the neutrons. 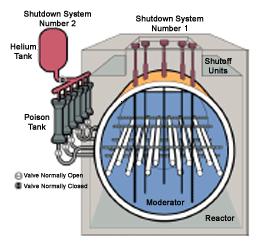