Semi-batch reactors lie between batch and continuous reactors in terms of operation. Pictured below is a vertical reactor that can be configured to operate in semi-batch mode.

Semi-batch reactors occupy a middle ground between batch and continuous reactors. They are open systems like CSTRs and run on an unsteady-state basis like batch reactors. They usually consist of a single stirred tank, similar to a batch reactor. The half-pipe coil jacketed reactor shown below can be used in semi-batch operations.

The movie below shows the operation of a semi-batch reactor. In this example, an initial amount of reactants is charged into the reactor. The reactor is then started, and additional reactants are added continuously to the tank. The reactor is then allowed to run until the desired conversion is achieved, at which point the products and remaining reactants are removed from the tank and the process can be started once more.

Semi-batch reactors are not used as often as other reactor types. However, they can be used for many two-phase (i.e. solid/liquid) reactions. Also, semi-batch reactors are used when a reaction has many unwanted side reactions, or has a high heat of reaction. By limiting the introduction of reactants, potential problems are eliminated.

The semi-batch slurry reactor pictured below is used in a lab for metallocene-catalyzed polymerization of alkenes. 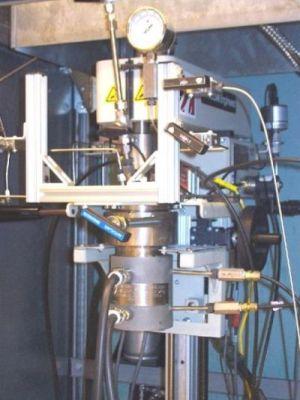 An exploded view of a semi-batch reactor is shown below, and is used to convert biomass feedstocks into usable products. 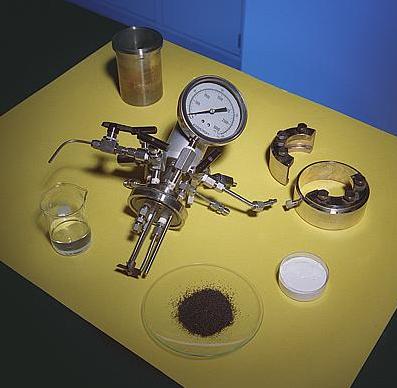